Artificial Intelligence and contract review - have you prepared for the future?

While I was reading the latest report by Wolters Kluwer, the topic, which has brought my attention was the response of lawyers regarding the foreseen impact of artificial intelligence on their work. According to the respondents, 59% of law firms expect a significant impact of this technology from over the next 3 years, while 22% of lawyers believe they understand it well. Read the report here

Artificial Intelligence is neither a magic nor only a future in our profession. In fact it is a rapidly growing part of the current legal tech market, with companies, which has already turned into renowned players as well as dozens of startups. The application of AI in the legal tech industry may be various, from predictive analysis, through document automation to contract review.

Personally I became enthusiastic about legal tech tools, which are designed for contract review. For the last months in Bridgestone we have been searching the market, liaised with vendors of such tools and tested many of them. There are advanced tools provided by key players on this market: Legal Sifter, eBrevia, Luminance and Kira, as well as several new ones, developed by start ups, however finding a tool, which would perfectly fit to the needs of a corporate legal department, which operates in different jurisdictions is still a challenge.

For those, who are not very familiar with this kind of tools: most contract review software utilizes machine learning algorithms to extract key provisions, red flag unacceptable clauses or risks or identify concepts within the set of contracts. Many contract review tools use pre-build playbooks, which are pre-defined by the user to ensure compliance with internal policies and standards. The other ones require the user to import a set of already accepted contracts, then the software recognizes key patterns to read, understand and review contracts.

There has already been a lot of media coverage about success cases of the use of artificial intelligence for the review of contracts. One of the most spectacular examples may be of JP Morgan, which implemented an AI based tool to automatically review commercial-loan agreements that, until the project started, consumed 360,000 hours of lawyers’ time annually and after the AI has been implemented, the review of documents takes seconds, with less errors than in case of a human review. You can find more about that here

Currently AI is being widely used by financial institutions for the identification of LIBOR clauses, due to the cancellation of this rate in 2021. AI based software has also became very helpful to quickly locate provisions regarding force majeure clauses during the current pandemic. Find out more here

The views and opinions expressed in this article are those of the author's and shall not be deemed as an official position of any company or organization with which the author is associated with.

Roman Koch is an attorney at law and an in-house legal counsel, experienced in advising to international and domestic manufacturing and retail companies in Poland and CEE Region and financial institutions. Involved in international Legal Tech projects, including the implementation of contract analysis AI-based software in a global tyre manufacturing company. Focused on optimization of legal advisory and legal operations through digital transformation. 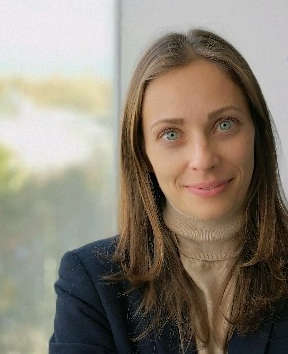 Roman Koch
Legal Tech
GPT-3 – how the new AI model may change the future of the legal profession?

Roman Koch
Legal Tech
Artificial Intelligence and contract review - have you prepared for the future?